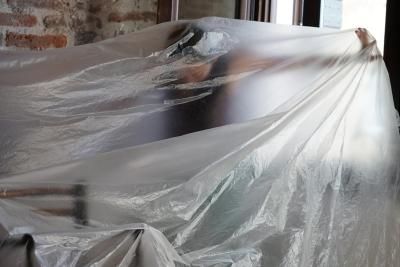 It is a project created in 2019, involving artists from different countries and asking them to create durational dances inspired by human emotions and by an object representing their country.

Presented in Bassano del Grappa, the project developed in Paris, Tokyo and Taiwan. The first edition of the Museum of Human Emotions has been a collaboration of the CSC Centro per la Scena Contemporanea/Casa della Danza (Bassano del Grappa, Italy), National Kaohsiung Centre for the Arts (Taiwan), Saison Foundation (Japan), IIC Tokyo, La Briqueterie CDCN du Val-de-Marne (France).
In 2019, in Bassano del Grappa, it has been presented in to two different versions: a first one, during B.Motion, that included performances by Clara Furey and Mélanie Demers (Canada), James Batchelor and S.J.Norman (Australia) and Margrét Bjarnadóttir (Iceland), presented from August 22nd to 25th, in the medieval tower Torre delle Grazie.
The second version, presented on September 6th, developed from a 15 days long residency and involved the artists Masako Matsushita (Italy), Teita Iwabuki (Japan), Sorour Darabi (France) and Ming-Hwa YEH (Taiwan), and has been presented in Vitry sur Seine (Paris, France), Tokyo (Japan) and Kaoshiung (Taiwan).
In both Italian presentations, the visual artist and photographer Sara Lando documented the journey and collected feedback from the audience visiting the tower.

In 2020 the project continues and develops in a new digital format, including shared online workshops and a dramaturg to facilitate the collaboration among the partners and artists, and to support the researches in the digital and off-line spaces. The project will include 5 different digital artistic residencies, coordinated by each partner at once, and will end with a public presentation in the digital space on December 14th.
Partners of the 2020 edition of Museum of Human Emotions are: CSC Centro per la Scena Contemporanea/Casa della Danza (Bassano del Grappa, Italy), National Kaohsiung Centre for the Arts (Taiwan), Saison Foundation (Japan), La Briqueterie CDCN du Val-de-Marne (France), West Kowloon Cultural District (Hong Kong).
Invited artists: Giacomo Citton (Italy), Yen - Cheng Liu (Taiwan), Osamu Shikichi (Japan), Shane Santanastasio (France), Xiao Chengyong Sarah (Hong Kong).
Dramaturg: Monica Gillette (Germany/US).

The "Museum of Human E-Motions" is also part of the European Project "Dancing Museums - the democracy of beings", supported by the Creative Europe programme of the European Union

"The European Commission's support for the production of this publication does not constitute an endorsement of the contents, which reflect the views only of the authors, and the Commission cannot be held responsible for any use which may be made of the information contained therein."